Many SPAM Calls Start with A Roundabout Meandering Introduction 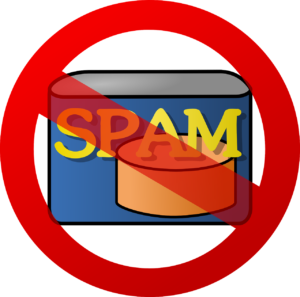 But I don't want any SPAM!

At the height of lockdown, Americans were streaming a lot of television. Although much new content was produced, viewer hunger tended to gravitate toward comfort food comedy nostalgia. And the number one program people streamed was The Office, the American version of the workplace comedy starring Steve Carell. At RCI we have our own Steve Correll. He’s been working here for over 20 years. He’s a funny guy in an office with a surplus of practical jokers and running gags. He and one of our technicians, Michael Hatcher have a friendly prank rivalry that keeps us all entertained.

One of our favorite pastimes at RCI is to watch Michael or Steve deal with a scam caller. Deliberately misunderstanding conmen as they try to steal unsuspecting victims’ credit card info can be very amusing. But as much fun as we have with these morally bereft bottom feeders, we are aware that for a few unlucky people, they are no laughing matter.

That’s why two other running gags we have at the office also involve the scammers. John Whitcomb. the founder, owner, and President of RCI does not take kindly to people who take advantage of the vulnerable. John has said on many occasions that if he were younger, he’d have gone into a different career and created a different company that spent its days hunting hackers. (At least we hope he’s kidding.) He’s also said that he’s sure if a politician were to run for office, stay away from hot button issues and instead focus on getting rid of robocallers s/he would win by a landslide, regardless of party.

He may be right. And it seems like Congress and the FCC are finally catching on.

Like Covid, though less seriously, the American state of robocalls has been called an epidemic. As a result, in December 2019 the TRACED Act was passed requiring the FCC to implement a new robocall spoofing identification and prevention protocol to be enforced by the FCC. TRACED stands for Telephone Robocall Abuse Criminal Enforcement and Deterrence and if you don’t like that acronym I apologize in advance because this blog entry has got a few more comin’.

Prank Calling to the Next Level

Spoofing, (the act of sending a number other than the number that was called) has existed almost since caller ID. Caller ID was first conceptualized in the 60s but was not introduced on a major scale until the 90s. Beginning in the US it soon spread around the world. Many people used (and continue to use) caller ID as a way to screen calls both from people they don’t want to speak with and numbers they don’t recognize.

Telemarketers realized this early on.  Some more unscrupulous companies began the practice of spoofing to get their calls answered. Because of complaints, the Federal Trade Commission was mandated to sue companies that used spoofing practices.

Once SIP and VOIP were introduced it became both cheaper for telemarketers and scammers to make multiple calls using an internet connection and easier for scammers to spoof the outgoing number going to callers.

The tactics have changed over time. When consumers became alerted to obviously faked ID, spammers and spoofers started using numbers from the local area code of the desired answerer. Unfortunately for the scammers, most people don’t answer calls from numbers they don’t recognize, even if they are local! So the new tactic became spoofing well-known numbers places like major companies or government agencies.

Now there’s finally good news regarding robo and spam calls. TRACED has been implemented as of June 30. Some smaller carriers have been granted a two-year extension, but most major carriers have already implemented the protocols. The protocol being used to enact TRACED is called STIR/SHAKEN.

STIR (Secure Telephony Identity Revisited) was created first and works by creating and attaching a digital identification certificate to SIP information.  STIR utilized the SIP provider to check the ID from the initiated call and see if it matches the numbers given to the originator of the call. The provider then provides a trust value that can be read by the receiving software.

SHAKEN refers to the guidelines used by telephone network providers to deal with incorrect or missing STIR information. With STIR already in existence and James Bond as inspiration the creators of SHAKEN "tortured the English language until [they] came up with an acronym.”  SHAKEN stands for Signature-based Handling of Asserted information using toKENs. A fun acronym, but yeah, it’s a reach.

SHAKEN handles the last leg of a call when it is being transferred to a landline or wireless network. Between the two STIR/SHAKEN provides the framework for enforcing TRACED.

While this is excellent news for consumers, Alex Quilici, CEO of YouMail, a company that tracks robocalls and offers a call blocking app described TRACED as “a speed bump, not a wall.”

You may still be getting some robocalls but they should be slowing down soon.

As companies work out the kinks, they don’t want to accidentally block callers that shouldn’t be blocked. Whenever a major new technology is introduced, there are bound to be setbacks.  So rather than preventing legitimate calls from getting through, most carriers are starting with trust ratings for each call.

Even so, we can expect a few hiccups while we move toward a world with one less way to get scammed. We may find some folks getting undeservedly marked as untrustworthy or some calls not making it through before all is said.

One thing is for certain, once STIR/SHAKEN is fully implemented, scammers will find a brand-new way for con artists to scam innocent that we haven’t even begun to consider yet. And Steve and Michael will be tormenting them.