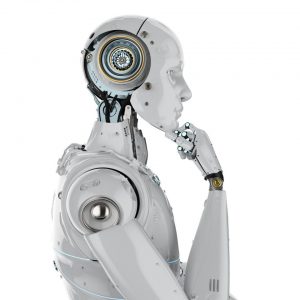 What were the technology trends of the last decade?

Here we are at the end of not just another year, but a whole other decade! The good news? We can all finally agree on a shorthand term for our current decade. No more saying  teens, twenty tens, or twenty teens. The zeroes and aughts are also a distant memory. Now? We’re in the twenties!

It’s hard to believe we’ve just gotten to 2020 and it’s time to reminisce about a decade behind and make our resolutions for the new year. I have a few…the first of which it to get back to blogging here regularly. How about yourselves?

As for looking back, a lot happened in the fields of communications and technology in the decade that I suppose we’re now calling the teens. But I suppose that’s probably been true of every decade since humans began looking back and needed to start recording their memories! I spoke with some of my co-workers to ask them what they thought some of the biggest technology trends were in the teens. Let’s go over a few things they brought up and you can tell me about what I missed.

The Rise of IP

The most obvious trend to a company like RCI is the rise of internet protocol for telephony and cameras. At the beginning of the decade VOIP was already making headway but digital technology still had the biggest footprint. These days many telephone manufactures are only selling VOIP (or cloud) though we still offer all 3.

The cloud isn’t exactly new. In fact one could argue the internet itself is a cloud. But the ubiquity of the cloud (or hosted services) dominated the last decade. Hosted video, telephone systems, pictures and you name it have grown to a point that it’s difficult to find something you can’t host.

The Return of Digital

IP has caused some blowback. Some customers have decided they want to go old school. The security and instability risks of IP isn’t worth the risk to them and they want to stick with what used to work for them – digital phone systems.

As a business technology company, it’s amazing to see that a device that used to be expected to make a call now does a lot more. Today, phones, email and fax are all connected into one system. And cell phones can be used as an extension. We’ve gotten to a point that for most enterprise-level companies, unified communication is the expectation.

Not that long ago, people made phone calls on a phone line that was hard wired. RCI used to primarily be a company that sold telephone systems but with Unified Communication we evolved into a business technology company. This includes working on computer networks. But today, there are more workers using portable devices everyday. And a phone isn’t just a phone. It’s a computer! So if your phone is a computer, it’s no surprise that PC and laptop sales have declined over the last decade.

Who would have thought a decade or two ago that you would want to have your fridge connected to the internet? Maybe people still don’t but the internet of things continues to grow as the smart phone has become the trend of the decade. Of course with all of these innovations, we’ve needed better networks to run devices from. In addition, they all come with more risk.

Inside your smart (or not so smart) home you likely now have a smart tv. At work your printer is connected through wireless to your network. Your phone seamlessly goes from satellite to wireless connection as you enter a building. And you may even be reading this on a computer that has no hard-wired connection.

Wireless has come a long way!

With all of the improvements and additions to the internet and wireless came a lot of positive changes. But with new technology, there are always new threats. Today, we have to worry about not just someone breaking into our homes and cars but hacking into them! Identity theft no longer requires someone to ever be in the same state as a person.

Did this technology trend start in the teens? Well no.

But cybersecurity as an industry grew to massive proportions as we faced scare after scare of well-publicized credit card breaches and the decade ended with more people than ever concerned about election security.

Twenty Percent! That’s the percentage of searches on google that are performed through voice. With smart speakers’ popularity this might not be extremely surprising. But it has had profound changes for the makers of web content and business in general who want to make sure their services can be found by those looking for them. This technology trend is still at the beginning of its curve!

Finally, while the rise of Facebook and other social networks happened prior to the last decade, in the last 10 years, social media has become an essential tool for businesses. What used to be a place for people to go and post embarrassing pictures of your friends out on the town has become the premiere marketing tool of this generation. Did you see it coming?

So how’d I do? I know a lot happened in the last ten years and I’m sure I missed quote a bit. What do you think the biggest tech trend of the last decade was? And what technology trends do you think people will be blogging about at the end of the 20s?