There was a time when if you wanted to add telephones to a building, along with a quote for the telephone system, you’d need an extensive labor quote for recabling. Any office or location that didn’t previously have a telephone would need a cable run from the room to the central point where the telephone system was located.

In fact, when a business upgraded a telephone system, recabling was one of, if not the most major important cost factor to consider. The oldest telephone systems used electronic equipment. In the late 80s, we moved on to digital. And today, most commonly, business are using VOIP (although digital systems are still not uncommon and we even one or two electronic phone systems out there).

With each jump into new technology (electronic to digital and digital to IP) new cabling needed to be installed. So even if you wanted new technology, you  might not be able to afford it because of the change in infrastructure that was needed.

Today, modern wireless technology can help save businesses money as they upgrade their telephone systems. 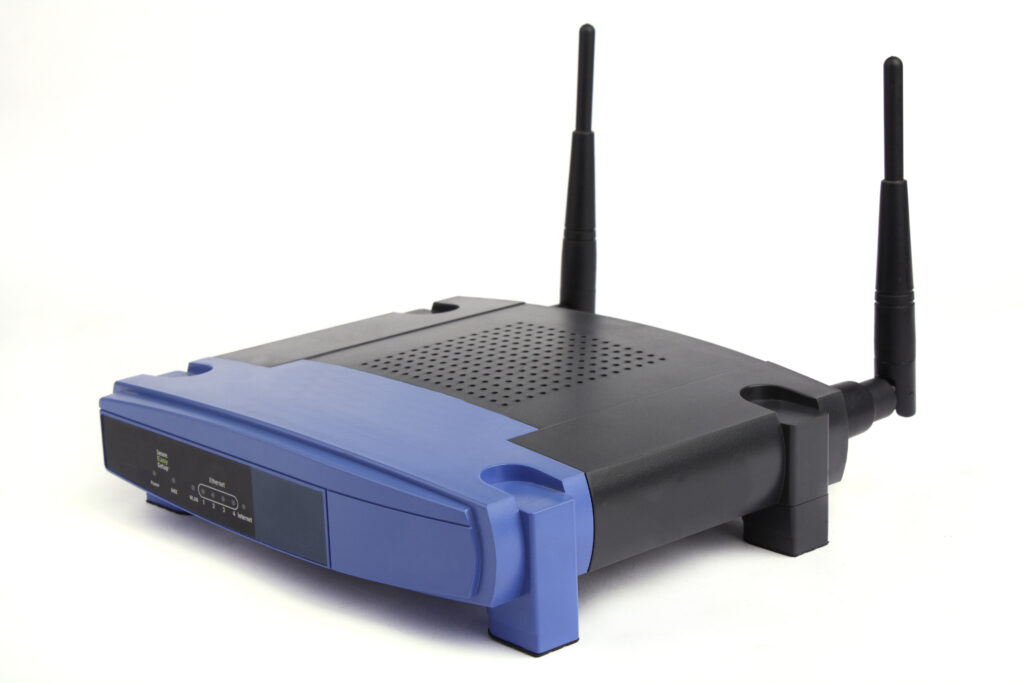 Before moving on, it’s useful to define wireless in the context of this article.

Wireless means many things when it comes to telephones. Wireless can be used to mean a cell phone. It can also be used to describe a handheld phone that can be moved around the office.

However, for the purpose of this article we are referring to the wireless technology more often associated with computers – wireless modems and routers.

I type this blog in my home office on my laptop which is connected wirelessly to a wireless router plugged into my Cox cable modem. Beside my computer is a telephone that connects me to RCI. It’s the same desk phone that used to sit on my desk in RCI’s physical building.

When I worked at RCI’s home office, this phone plugged directly into our wired network through a jack in the wall. Once I realized working from home was not going to be temporary, we had to move the telephone into my home office. My office is across the hallway from the room where the Cox modem is housed so we discussed running a cable through the attic or using wire molding to run it across the hallway while keeping the cable out of the way.

Luckily, we ended up not having to do either because the supplier of our telephone system, ESI, which is also one of the primary telephone system brands we sell, had just come out with two wireless deskphone options. One had the internal capability to work wirelessly and the other could work wirelessly with the addition of a wireless dongle. We opted for the second option, known as the ESI Ephone4x.

I’ll be honest. I was skeptical. We’ve all had experiences with sketchy wireless connections or gotten stuck in a cellular dead spot that caused our audio to drop out or be warbly. I expected I would be experiencing some of this with my new ESI wireless deskphone. But I’m pleased to share that I was pleasantly surprised.

If you have a good wireless router, a wireless deskphone is an excellent option to save money on infrastructure. If you don’t have a good wireless network set-up, creating one will still be far less cost prohibitive than rewiring a building, particularly if you work in a home or any older building not designed with wiring in mind.

Wireless Technology is just one more piece of new innovation that is changing the game for offices. Never before has upgrading been easier. In fact there are even point to point wireless connection that allow you to connect two buildings without hard wiring them together. An upgrade that would have been cost-prohibitive even 5 years ago, today is affordable and likely will even save you money monthly!

Upgrading has never been easier. Which is great because the work environment is constantly changing. Today you can change with it without having to hurt your bottom line.